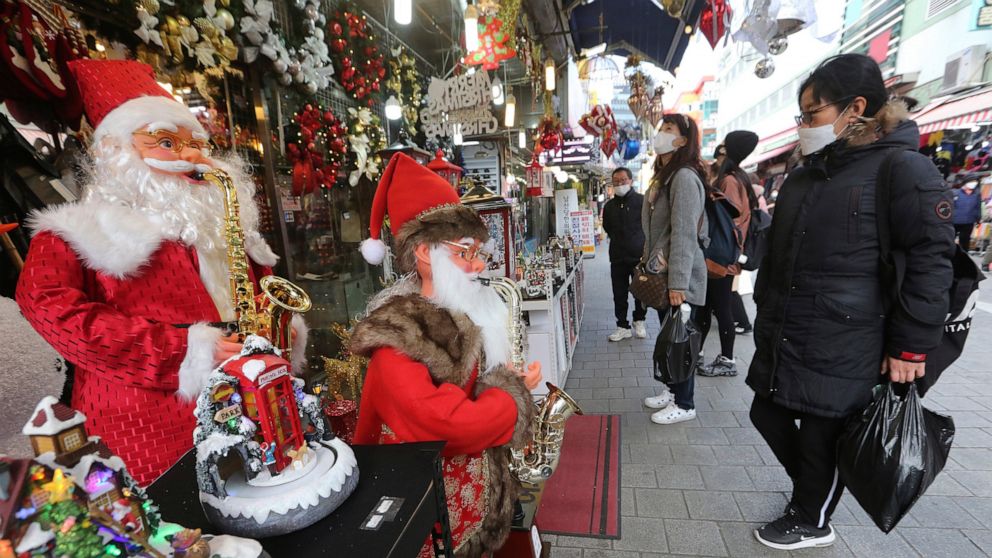 South Korea has reported more than 500 new coronavirus cases for the third straight day, the speed of viral spread unseen since the worst wave of the outbreak in spring

SEOUL, South Korea — South Korea has reported more than 500 new coronavirus cases for the third straight day, the speed of viral spread unseen since the worst wave of the outbreak in spring.

The 504 cases reported by the Korea Disease Control and Prevention on Saturday brought the national caseload to 33,375, including 522 deaths.

Around 330 of the new cases came from the densely populated Seoul metropolitan area, home to about half of the country’s 51 million population, where health workers are struggling to stem transmissions linked to hospitals, schools, saunas, gyms and army units.

Infections were also reported in other major cities including Daegu, which was the epicenter of the country’s previous major outbreak in late February and March.

The recent spike in infections came after the government eased social distancing restrictions to the lowest levels in October to support a weak economy, allowing high-risk venues like nightclubs and karaoke bars to reopen and spectators to return to sports.

Officials reimposed some of the restrictions this week and could be forced to clamp down on economic activities further if transmissions don’t slow.

In other developments in the Asia-Pacific region:

— India’s coronavirus infections dipped further with 41,322 new cases reported in the past 24 hours, and apparently there was no signs of a resurgence as a result of a major festival two weeks ago. The highest case count in the country this week was 44,739 on Wednesday. Single-day cases have remained below the 50,000-mark for three weeks. The Indian capital also saw a drop in daily cases with 5,482 after recording an all-time high on Nov. 11. The federal government blamed state authorities’ inability to ramp up testing and enforce social distancing for the surge in New Delhi. On Saturday, India’s death toll rose to 136,200 with 485 additional fatalities. In an effort to stop the virus from spreading, the Home Ministry has allowed states to impose local restrictions like night curfews but has asked them to consult before imposing lockdowns at state, district or city levels.

Outfit sparks most vulgar joke in tennisGermany’s Alexander Zverev throws his racquet during his...