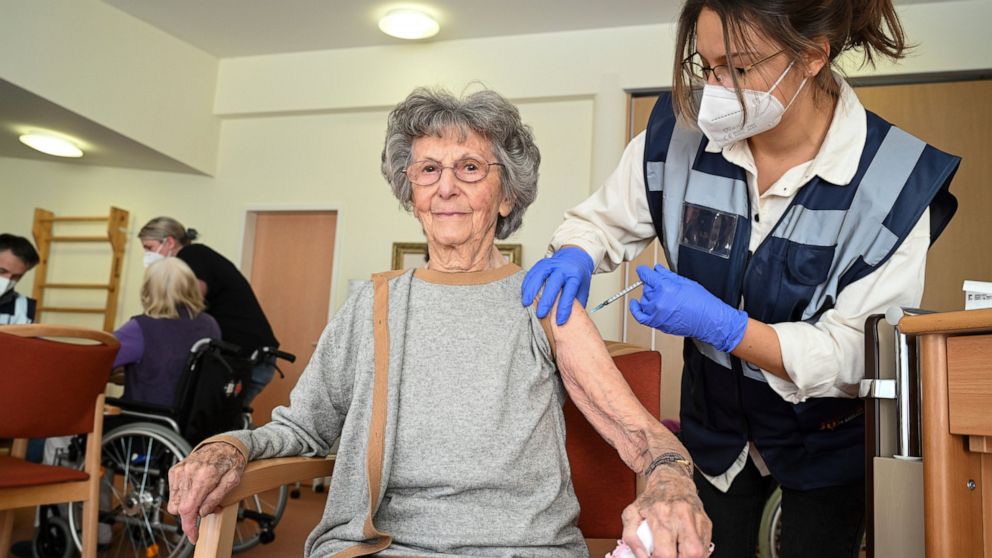 THE HAGUE, Netherlands — The European Union medicines watchdog said Thursday that German company BioNTech has applied for clearance in the 27-nation bloc to administer up to six doses of its COVID-19 vaccine from each vial, instead of the five doses currently approved.

In an email to The Associated Press, the European Medicines Agency said that BioNTech, which developed its vaccine together with U.S. drugmaker Pfizer, has “submitted a request for change” which will be reviewed by the agency’s human medicines committee “in the shortest possible timeframe.”

It said that if the committee establishes that six doses can be consistently extracted from each vial of vaccine, it will recommend changing the authorization that clears the vaccine for use in EU nations.

In a written statement, Pfizer said its vials contain enough vaccine for at least five doses and the amount remaining can vary depending on the type of needles and syringes used.

“Decisions regarding label updates and/or other temporary approvals regarding dose preparation and administration belong to local health authorities,” the company said.

German weekly Der Spiegel first reported this week that BioNTech has asked European regulators to change the conditions of approval to allow doctors to use excess vaccine in the vials to draw a sixth dose if possible, rather than tip the leftovers away after five as currently required.

This could result in hundreds of thousands of additional doses in Germany alone during the first quarter, Spiegel reported.

Regulators in the United States, Switzerland and the U.K. already allow up to six doses of 0.3 milliliters each to be drawn from vials.

“The vaccine is manufactured with enough volume for five doses,” the U.K. regulator MHRA said in an email. “However, it is normal for some vials to contain a slight excess volume, and in some cases this could allow a full sixth dose to be extracted.”

“However, care needs to be taken to ensure a full 0.3 ml dose can be administered to the individual,” it added. “Where this cannot be achieved when diluted as recommended, the vial and its contents should be discarded after the fifth dose has been extracted.”

Mixing leftovers from multiple vials is forbidden by all regulators, though.

BioNTech intentionally fills the vials with more vaccine than necessary to ensure that even inexperienced doctors can get at least five doses out of them.

Meanwhile, a prominent doctors’ organization in Britain expressed anger that family physicians will have to rebook tens of thousands of appointments for second vaccine dose jabs for vulnerable patients following the British government’s decision Wednesday to extend the period between the required two doses to up to 12 weeks.

“This group of very elderly patients is at the highest risk of death if they contract COVID-19, which is why GPs are so concerned for them,” Dr. Richard Vautrey, chair of the British Medical Association’s general practitioners’ committee, said. “It is grossly and patently unfair to tens of thousands of our most at-risk patients to now try to reschedule their appointments.”

“That way we could vaccinate (more people) faster and win valuable time in the fight against COVID-19,” Sander said.

He said the vaccines made by BioNTech-Pfizer and Moderna have a strong protective effect about 10 days after the first shot. The Moderna vaccine has not yet been approved in the European Union or the U.K.

“In my view, the booster vaccination can be delayed without problem for a little while, without having to expect any significant reduction in effectiveness,” he said, noting that attention should be paid to ensuring everyone does eventually get their second dose. .

California to give 40% of vaccine doses to vulnerable areas