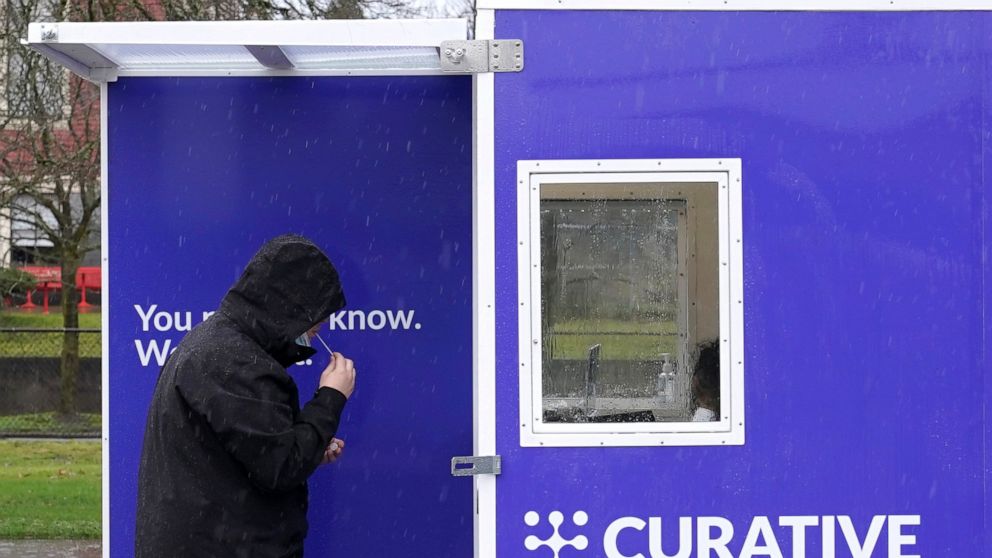 The nation’s second-largest city said it will keep using a coronavirus test that federal regulators warned may produce false results while Congress, which has used the same test, is seeking an alternative

LOS ANGELES — The nation’s second-largest city said it will keep using a coronavirus test that federal regulators warned may produce false results while Congress, which has used the same test, is seeking an alternative.

The different responses Thursday followed a Food and Drug Administration alert to patients and health care providers that Curative’s test, which is used in some of the nation’s largest cities, could particularly produce false negatives. Those faulty results pose the biggest risk from a health perspective because people who are erroneously told they don’t have the virus can unknowingly spread it.

The warning comes as California copes with its worst surge of the pandemic and some of the highest levels of COVID-19 in the country. Hospitals in Los Angeles and across the southern half of the state are overwhelmed with patients, oxygen used for treatment is running low and ambulances sometimes wait hours to unload patients.

Curative, a California startup company, said in a statement it was working with the FDA to address concerns and would provide additional data to address test limitations and precautions highlighted by the agency. The company said its test was the most clinically sensitive test available at scale and its performance had not changed.

The FDA offered no information on what triggered the warning Monday, but it appeared to be about the test’s accuracy for people who don’t exhibit symptoms of COVID-19, such as fever, sore throat and fatigue.

Dr. Clemens Hong, who oversees coronavirus testing for Los Angeles County, said the company’s initial emergency use authorization from the FDA was based on a limited study of subjects with coronavirus symptoms. The company later performed a clinical study involving asymptomatic subjects but the FDA balked at approving use for people without symptoms.

“They actually feel that those data don’t support the use of the (test) in asymptomatic individuals and there’s a little bit of a disagreement between Curative and the FDA,” Hong said.

Mayor Eric Garcetti, who embraced Curative and opened testing to everyone last spring when tests were in short supply elsewhere, stood by the company Thursday. He said a third of all positive test results in the city have been in people without symptoms.

“That’s 92,000 people who otherwise might not have known, might have been spreading,” he said. “That has helped us predict those surges in hospitalizations and deaths as a result. To me that proof is in the pudding.”

Admiral Brett Giroir, the Trump administration’s top testing official, said Thursday that his Department of Health and Human Services is working with the office of the congressional physician to find an alternative test for use on Capitol Hill.

Curative was founded just a year ago by British wunderkind, Fred Turner, then 25, who was making sepsis tests and pivoted to the coronavirus when the pandemic struck. He developed an easy-to-use method that collected a specimen by swabbing the inside of the mouth after coughing.

The test didn’t require the nasal swabs that were in short supply and had created a bottleneck at a time when more testing for COVID-19 was desperately needed.

The company’s test was given emergency use authorization by FDA and was one of the few approved at the time that relied mainly on saliva or oral fluids. Curative tests are also used in Chicago and Houston.

The FDA in its warning said that to reduce the risk of false-negative results, the Curative tests should be performed according to their instructions, which state that it is for use in people displaying symptoms of COVID-19.

Despite such instructions, top federal health officials have given their blessing to use many FDA-cleared tests to screen people without symptoms, in an effort to slow the silent spread of the disease. Experts estimate anywhere between 40% to 60% of people infected do not show any symptoms, despite carrying similar levels of the virus as those with full-blown COVID-19 illness.

Giroir stressed that the test should only be used according to its FDA-authorized label.

“We are always open to new data from Curative to show it can be effective in other situations, but right now my colleagues at the FDA have made the conclusion that it needs to be used on-label,” said Giroir.

How to embrace fitness when being unhealthy is a core part of your ‘identity’...

NRL teen ‘freak’ exposes Broncos blunderThe kid does it all.