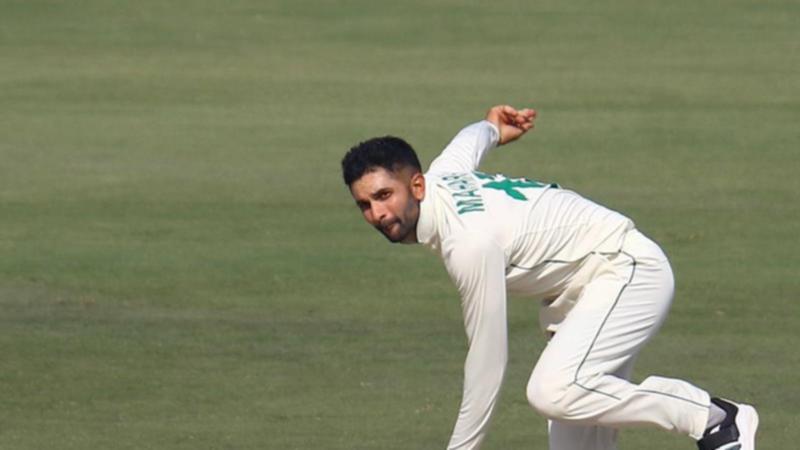 South Africa are sweating over the fitness of their two frontline spinners Keshav Maharaj and Tabraiz Shamsi ahead of the second Test match against Pakistan.

Maharaj had a scan on a rib injury this week while Tabraiz Shamsi missed the first Test with back pain and is still touch-and-go for the match that starts in Rawalpindi on Thursday, coach Mark Boucher said.

“Kesh is a concern because he flared up at practice yesterday,” Boucher, whose side lost the first Test in Karachi by seven wickets, told reporters on Wednesday.

“During a session, he turned around and felt some sort of pain in his rib area. He then went for scans, which showed there was something there.

“But he bowled quite a few overs today, about 15 overs just to really test himself, and he felt fine.”

Shamsi pulled out of the first Test just moments before the toss, having initially been included in the side.

“It was a very big blow,” Boucher admitted. “You name a team and 20 minutes before the toss, you’re busy scrambling. It was a bubble burst for us right before the game.

“I certainly would have loved to see how Shamsi would have bowled on that wicket.”

Boucher said both players will be assessed on Thursday morning and he will trust they will be honest about how they are feeling.

“I’m going to have to trust Kesh on this. If he wakes up in the morning and he’s fine to play, then he’ll get the nod.

“My concern is, if he does bowl quite a few overs and wakes up the next morning and his back is sore again, and he’s not able to push through, then you’re stuck with one bowler light.

Standout Holiday Gifts for Your Wife