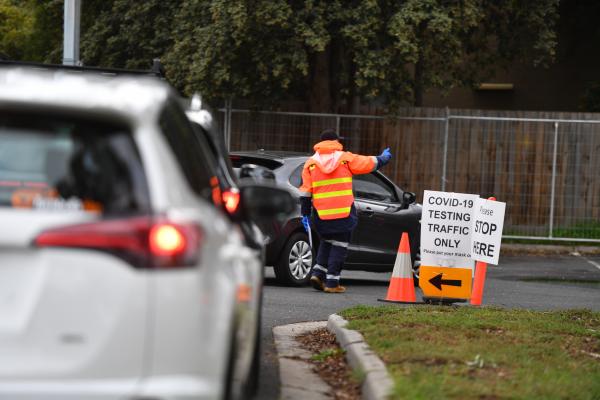 Five more exposure sites have been identified in the northern suburbs, including two dating back to May 13.

The health department this afternoon listed Bung Pai Thai Massage, Bundoora, as a tier one exposure site after a confirmed case visited the venue on May 23 between 4.15-6.15pm.

Caltex Woolworths Fuel on High Street in Epping was also named as a tier two exposure site, with a confirmed case visiting the venue on May 13 between 4.10-4.55pm.

Earlier today, the department add three other exposure sites dating back to May 14 to the list.

The stores had already been listed as exposure sites after they were visited by a positive case on May 19 between noon-1pm.

This morning, the department added two new tier one exposure sites in the City of Whittlesea.

The health department added Anytime Fitness at Uni Hill Town Centre in Bundoora and Degani at Westfield Plenty Valley to the list of places visited by confirmed COVID cases.

Anyone who visited either site during the exposure times must get tested and quarantine for 14 days.

The new exposure sites come as the state recorded 12 new cases overnight — including one announced yesterday.

The department said more than 40,000 tests were conducted yesterday.

There are currently 34 active cases, including 26 in the City of Whittlesea cluster.

According to the department, there are are waits of up to three hours at some testing sites in the northern suburbs.

The waiting time at La Trobe University’s Bundoora campus is 180 minutes according to the department’s website, while people are waiting 150 minutes for testing at Dallas Shopping Centre.

Northern Health’s drive through testing site in Epping is reporting a wait of 120 minutes as is the testing site on Mickleham Road in Tullamarine.

Why some people are ‘too hot’ to sleep with