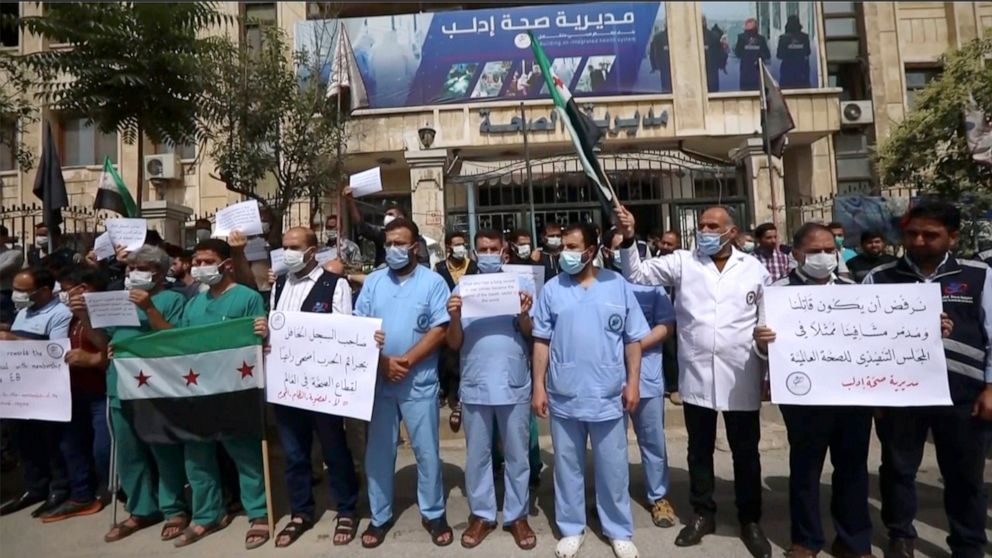 BERLIN — Germany’s health minister says he is “anything but happy” that Syria’s government — which has waged a devastating, deadly decade-long war against dissenters — has been selected for a seat on the World Health Organization’s executive board.

Health Minister Jens Spahn said Tuesday that the choice of Syria, which was confirmed with no debate or dissent at a meeting of WHO member nations in Geneva over the weekend, reflected the need to work with some governments for the benefit of their people — especially on health matters.

“I’m anything but happy with this decision,” Spahn said when asked about the issue at a news conference in Berlin.

But he added that international cooperation among sovereign states was necessary to coordinate and set standards together and noted that a similar situation also arises in other international forums like the U.N. Human Rights Council.

“These are the shortcomings of realpolitik,” he said.

“Especially when it comes to health issues and the health care of the population, the question is always: Who are we actually punishing here if we don’t make cooperation possible?” Spahn said. “Are we punishing the regime or the population?”

Dozens of medical workers in rebel-held northwest Syria on Monday protested the decision to grant the seat to Syrian President Bashar Assad’s government, accusing it of responsibility for bombing hospitals and clinics across the war-ravaged country.

The war has left half a million people dead and driven millions out of the country since the conflict erupted in 2011.

Syria was among 12 WHO member nations chosen to put forward new members for the 34-strong executive board, which is largely a technical group whose role is to carry out the decisions of, and advise, the assembly.

Syria will take up the seat when the board holds its latest meeting, which starts Wednesday.

Jackson joins the best of the bestLauren Jackson was the best player in the...

How to Spend a Weekend Full of Adventure in Palisade, Colorado

Weary US businesses confront new round of mask mandates