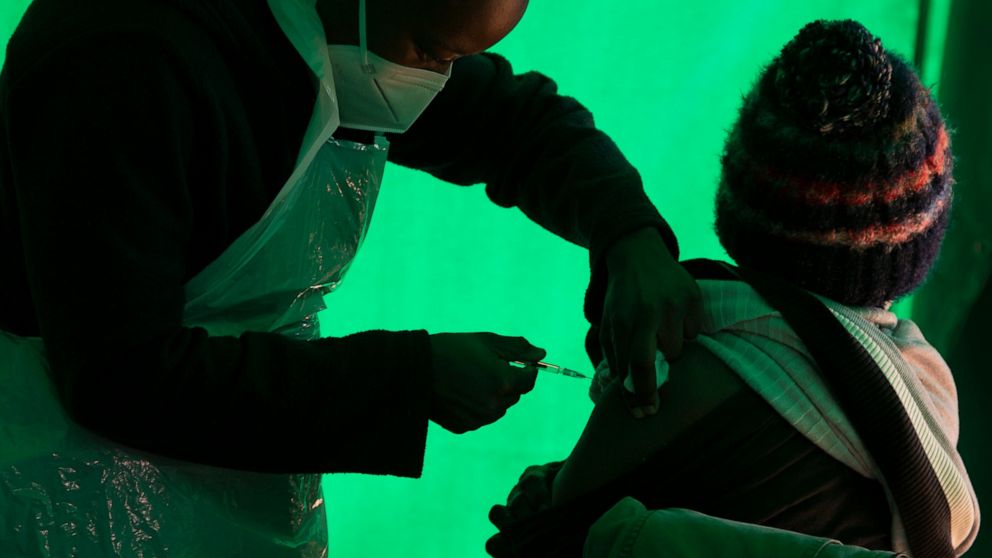 One of the largest foundations in the world announced Tuesday it will spend $1.3 billion over the next three years to acquire and deliver COVID-19 vaccines for more than 50 million people in Africa

One of the world’s largest foundations will spend $1.3 billion over the next three years to acquire and deliver COVID-19 vaccines for more than 50 million people in Africa. It’s a first-of-its-kind effort for a Western nonprofit to bolster Africa’s lagging vaccination campaign amid widespread fears of a third wave of infections on the continent.

The Tuesday announcement from the Toronto-based Mastercard Foundation, which has more than $39 billion in assets, comes days after the World Health Organization said Africa was encountering an alarming mix of a spike in virus cases and “a near halt” of vaccine shipments. The delays have been tied to India’s halt on vaccine exports, among other things.

The foundation will purchase single-dose Johnson & Johnson vaccines at the discounted rate negotiated by the African Union during its 220 million dose deal with the vaccine manufacturer. Those vaccines will begin to be delivered to the AU’s 55 member states from July to September, with an option to purchase an additional 180 million doses through next year.

But some countries have been experiencing issues with the J&J vaccine. In South Africa, the first batch of 1.1 million doses, which should have already been put to use, remain on hold at a plant because of contamination concerns at a factory in Baltimore. Another batch of 900,000 doses was meant to be released in June.

The doses bought by the foundation, which has operated independently from Mastercard since its launch in 2006, will begin to be available in August, “in progressively larger quantities,” said Julie Waiganjo, a spokesperson for the foundation.

The Africa Centers for Disease Control and Prevention is partnering with the foundation on the initiative, and will be consulting African government agencies and other institutions on how to best deploy the shots.

“It is actually a huge moment, and a moment that I characterize as transformational in our ability to fight the war against this pandemic,” Dr. John Nkengasong, the director of the Africa Centers for Disease Control and Prevention, told The Associated Press.

“We will engage the countries to understand their vaccination plans, and see exactly where to fit in,” he said, adding the partnership with the foundation will also help deploy the 220 million J&J doses that are slated to arrive.

The foundation says the money will be used, in part, to help transport the vaccines, hold community engagement activities that address vaccine hesitancy, identify potential virus variants, train workers to improve the speed of vaccine deployments and help develop a skilled workforce that could expand vaccine manufacturing in Africa.

“We should expect good things out of this, but it’s going to take time,” said Lawrence O. Gostin, a professor of global health law at Georgetown University. “It’s not going to solve all the problems.”

“Africa will soon become the epicenter for the COVID-19 pandemic,” he said. “It’s going to reverse many of the gains that Africa made in a whole range of areas… It will devastate the African economy.”

Africa has administered vaccine doses to 31 million people out of its population of 1.3 billion. But only 7 million have received both doses, the WHO’s Regional Office for Africa said last week.

Health officials have been raising alarms about the dire situation, and urging richer countries to share their remaining vaccines. The White House said last week the U.S. would allocate 5 million doses to Africa through the United Nations-backed COVAX program as part of a plan to share 25 million doses worldwide.

“I do hope other foundations, and more governments, step up to help the continent,” said Gostin.

The Associated Press receives support from the Lilly Endowment for coverage of philanthropy and nonprofits. The AP is solely responsible for all content. For all of AP’s philanthropy coverage, visit https://apnews.com/hub/philanthropy.

BMW Unveils the i4, a New Electric Car That Packs 530 Horsepower

Endometriosis: targeting a different type of pain may be key in improving treatment –...