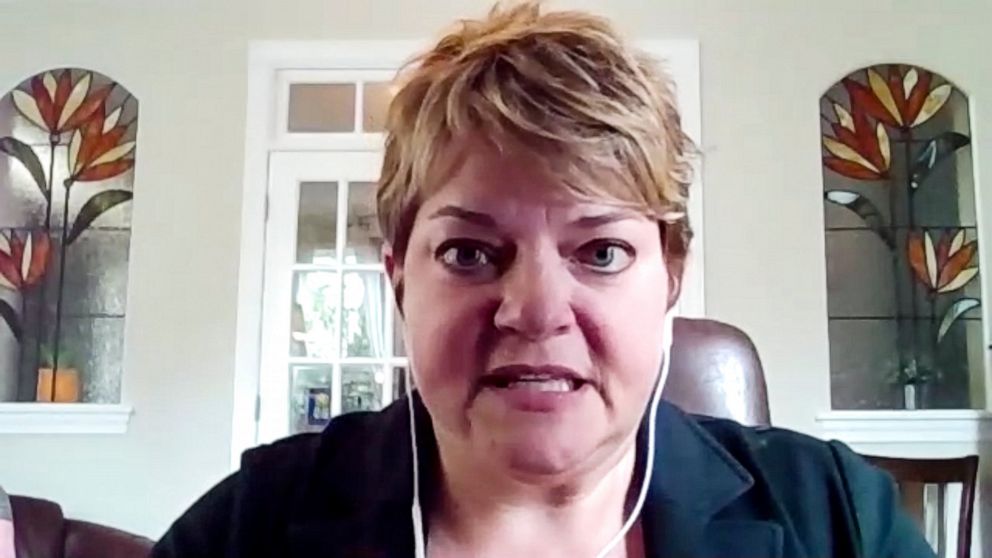 NASHVILLE, Tenn. — Days after she was fired under pressure from Republican legislators, Tennessee’s former vaccinations director has issued a point-by-point rebuttal to a letter recommending her removal and to other claims by state officials about the program she ran that offers shots for children.

The July 9 letter from the state’s chief medical officer said Michelle Fiscus should be removed due to complaints about her leadership approach and her handling of a letter explaining vaccination rights of minors for COVID-19 shots, an effort that had GOP lawmakers fuming.

Fiscus has accused Health Commissioner Lisa Piercey of terminating her “to appease a handful of outraged and uninformed legislators.”

In her rebuttal, Fiscus described Chief Medical Officer Tim Jones as a “trusted friend and colleague,” who had warned her in late June that her employment was threatened. She said Jones and her supervisor, state epidemiologist John Dunn, voiced continued support for her despite the political pressure.

One complaint in the letter says Fiscus requested Health Department money for a new nonprofit she had founded, a “substantial conflict of interest.”

Fiscus counters that her job plan included creating an Immunize Tennessee coalition, which Jones praised in a document Fiscus provided, saying “Shelley has taken the initiative to start a statewide coalition which has been very successful.”

About the group, Fiscus said, “I convened stakeholders who went on to incorporate as a 501(c)3 non-profit organization. I am not on the board of directors, I am not on the payroll, and I serve in only an ex-officio advisory capacity to the board. … There is no conflict of interest as I do not benefit materially from the coalition.”

Jones’ letter also accuses Fiscus of disseminating “her own interpretation” of Tennessee’s Mature Minor Doctrine, which traces back to a 1987 state Supreme Court case and allows children 14 and up to be vaccinated without a parent’s consent. During a June legislative hearing, Republican Rep. Scott Cepicky called the agency’s advocacy on teen vaccination, including online posts, “reprehensible.”

Fiscus counters that the letter she sent providers about vaccinating minors was verbatim from documents provided by the department’s chief legal counsel, Grant Mullins, “with the exception of the introductory paragraph and the final line.” Fiscus shared an email from Mullins that states, “Attached is the new summary of the doctrine that has just recently been posted to the website and is blessed by the Governor’s office on the subject. This is forward facing so feel free to distribute to anyone.”

In response to the “blessing” claim, Republican Gov. Bill Lee’s spokesperson Casey Black said, “No one speaks for the Governor but this office.”

As for the letter’s complaints about her leadership style and conflicts with staff, Fiscus said, “This has been a pandemic of historic proportions and a COVID-19 vaccine roll-out that required that I, as well as members of my team, work extraordinary hours for months on end. It was stressful and, at times, there were disagreements.”

But Fiscus noted consistent praise for her job performance, including years of performance reviews deeming her work “outstanding,” most recently for October 2019 through September 2020.

She also included a recent text message she said was from the same departmental physician with whom the termination recommendation says she had a disagreement.

“What you may not know from our interactions is that I truly believe you are the greatest treasure TDH had. This is complete and utter (expletive) and I am incredibly proud of you, the work you’ve done, and your response to this situation. Stay strong and keep up the good fight!” reads the text, which Fiscus said she shared with permission.

Fiscus also responded to the governor’s office regarding her claims that the Health Department stopped outreach for vaccinating minors for all diseases, not just COVID-19, which she has backed up through departmental email records. At question is a statement from Lee’s spokesperson: “Despite misleading reporting, the Department of Health has not halted the Vaccines for Children Program that provides information and vaccine access to Tennessee parents.”

But Fiscus notes that she never said the children’s vaccines program had been halted. What has been stopped, she said, are “partnerships between local health departments and outside agencies, such as schools, to provide vaccines outside of a local health department” and “any attempts to communicate to parents that their children are in need of critical routine immunizations during this back-to-school season.”

That’s a significant change from standard department operations that “will result in decreased vaccination coverage rates, especially among poor and minority populations,” she said.

“The information I have shared is not ‘misleading,’ it is the response from the Governor’s office that both dodges the questions posed and twists the narrative away from the subject at hand,” Fiscus wrote.

Truly horrifying pics of star’s injuryChris Weidman is attended to after breaking his leg.

How I manage my mental health