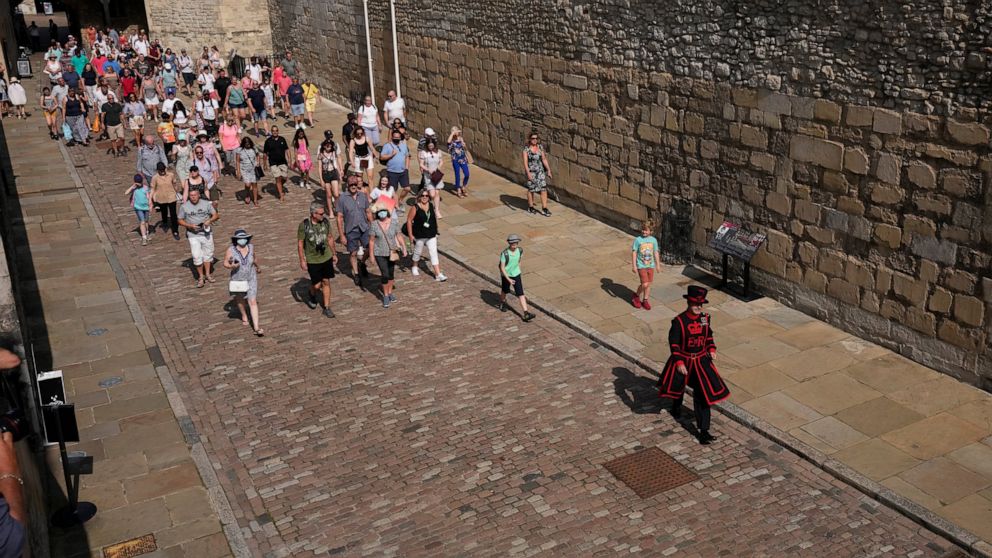 LONDON — The British government decided Monday not to inoculate most children and teenagers against COVID-19 until more data on the available vaccines becomes available.

Children as young as 12 with severe neuro-disabilities, Down Syndrome, immunosuppression and multiple or severe learning disabilities, as well as those who are household contacts of individuals who are immunosuppressed, will be eligible for vaccination, the government said.

The decision to hold off giving shots to most people under age 18 was based on the recommendation of an expert advisory panel. The Joint Committee on Vaccination and Immunisation said the health benefits of universal vaccination don’t outweigh the risks for most young people, who typically suffer only mild symptoms of the virus.

The move puts the U.K. at odds with France and several other European countries, which have decided to vaccinate adolescents as young as 12.

Among hundreds of people at a Paris vaccination center Friday, scores were teenagers with their parents. The French government announced last week that it plans to set up vaccine drives at middle schools, high schools and universities in the fall.

Children and teenagers who are eligible in the U.K. will receive the Pfizer-BioNTech vaccine, the only one the country has authorized for use in that age group.

Spanking can worsen a child’s behaviour and do real harm, study finds

Top budget-friendly groceries for gut health, according to a nutritionist

Moderate-vigorous physical activity found to be the most efficient at improving fitness – News-Medical.Net