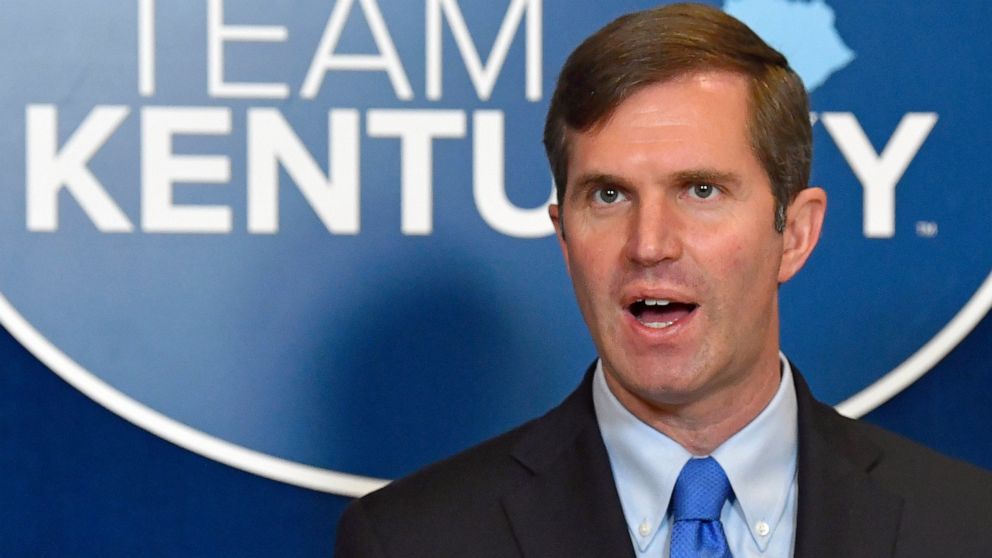 FRANKFORT, Ky. — The Kentucky governor’s efforts to aggressively combat COVID-19 suffered a legal defeat Saturday as the state’s high court cleared the way for new laws to rein in his emergency powers.

In a landmark separation-of-powers case, the Kentucky Supreme Court said the legislature wields policy-making authority to limit the emergency powers granted to the governor by state law.

The ruling ordered a lower court to dissolve an injunction that for months had blocked the Republican-backed laws from curbing Democratic Gov. Andy Beshear’s executive authority.

The order could dramatically alter the state’s response to the pandemic at a time when virus cases and hospitalizations have surged because of the highly contagious delta variant.

The Supreme Court order will dissolve Kentucky’s pandemic-related state of emergency, Beshear spokesperson Crystal Staley said Saturday. The next step is to determine whether lawmakers are willing to extend the state of emergency in a potential special session, she said.

“The governor has had the courage to make unpopular decisions in order to keep Kentuckians safe,” Staley said in a statement. “The court has removed much of his ability to do so moving forward. If called in to a special session, we hope the General Assembly would do the right thing.”

Top legislative leaders hailed the ruling for recognizing the legislature’s “constitutional authority to enact laws.” In a joint statement, House Speaker David Osborne and Senate President Robert Stivers said lawmakers “stand ready to work with the governor, as we have for nearly a year and a half, and address what is a very real public health crisis.”

Republican Attorney General Daniel Cameron, who defended the new laws, urged Beshear to consult with lawmakers to “find consensus on what is needed to protect Kentuckians.”

GOP lawmakers passed the new laws limiting the governor’s emergency powers in response to Beshear’s aggressive handling of the coronavirus crisis. The governor promptly sued to challenge the measures after his vetoes of the bills were overridden.

The Supreme Court weighed in with its rare Saturday ruling. The justices said “we do not question the governor’s good faith” in taking steps he believed were necessary to deal with the pandemic. But they said the governor’s claims that the measures impaired his ability to carry out his constitutional duties were “largely unsupported by sound legal principles.”

“In sum, considering that the challenged legislation was lawfully passed, the governor’s complaint does not present a substantial legal question that would necessitate staying the effectiveness of the legislation,” Justice Laurance B. VanMeter wrote.

The ruling sent the case back to Franklin Circuit Court with instructions to dissolve the injunction.

One of the contested laws limits the governor’s executive orders in times of emergency to 30 days unless extended by lawmakers. Under another measure, businesses and schools have to comply either with COVID-19 guidelines from the governor or the federal Centers for Disease Control and Prevention. They could follow whichever standard is least restrictive.

In a concurring opinion, Deputy Chief Justice Lisabeth T. Hughes said the 30-day limit on a governor’s emergency authority deserves legal review. She said she hopes the lower court addresses the constitutional issue when the case is returned.

“The 30-day limit operates as a ‘kill switch’ that essentially transfers the day-to-day management of emergencies to the legislature by rendering the executive branch powerless to act after 30 days, forcing the call of a special legislative session,” she wrote. “This type of special legislative session trigger has no antecedent in Kentucky law to my knowledge and requires careful constitutional analysis.”

Hughes said the pandemic has raised “seemingly limitless thorny issues,” but she implored that “all parties to this matter … work together cooperatively to finish this immensely important task for the benefit of the people they serve.”

Republican lawmakers said the new laws were meant to put checks on what they viewed as Beshear’s overreach in ordering a series of restrictions to combat the virus’s spread. The governor maintained the steps he took to limit activity during the pandemic have saved lives.

The governor lifted most of his pandemic restrictions in June. But with COVID-19 cases and hospitalizations rising, he signed a recent executive order imposing an indoor mask mandate in K-12 schools, child care and pre-kindergarten programs across Kentucky.

The governor’s spokesperson on Saturday pointed to the far-reaching impact of having Kentucky’s pandemic-related state of emergency dissolved.

“It either eliminates or puts at risk large amounts of funding, steps we have taken to increase our health care capacity, expanded meals for children and families, measures to fight COVID-19 in long-term care facilities, worker’s compensation for front-line workers who contract COVID-19 as well as the ability to fight price gouging,” Staley said. “It will further prevent the governor from taking additional steps such as a general mask mandate.”

Last year, the state Supreme Court upheld the governor’s authority to issue coronavirus-related restrictions on businesses and individuals to try to contain the spread of COVID-19. The legislature responded by passing the new laws this year.

Kohli stands between Australia and victoryMatthew Wade scoring at will

Season 1, Episode 6 of ‘Run Around the World’: A Docuseries About Chasing the...

The Latest: SKorean economy shrinks for 1st time in 22 years