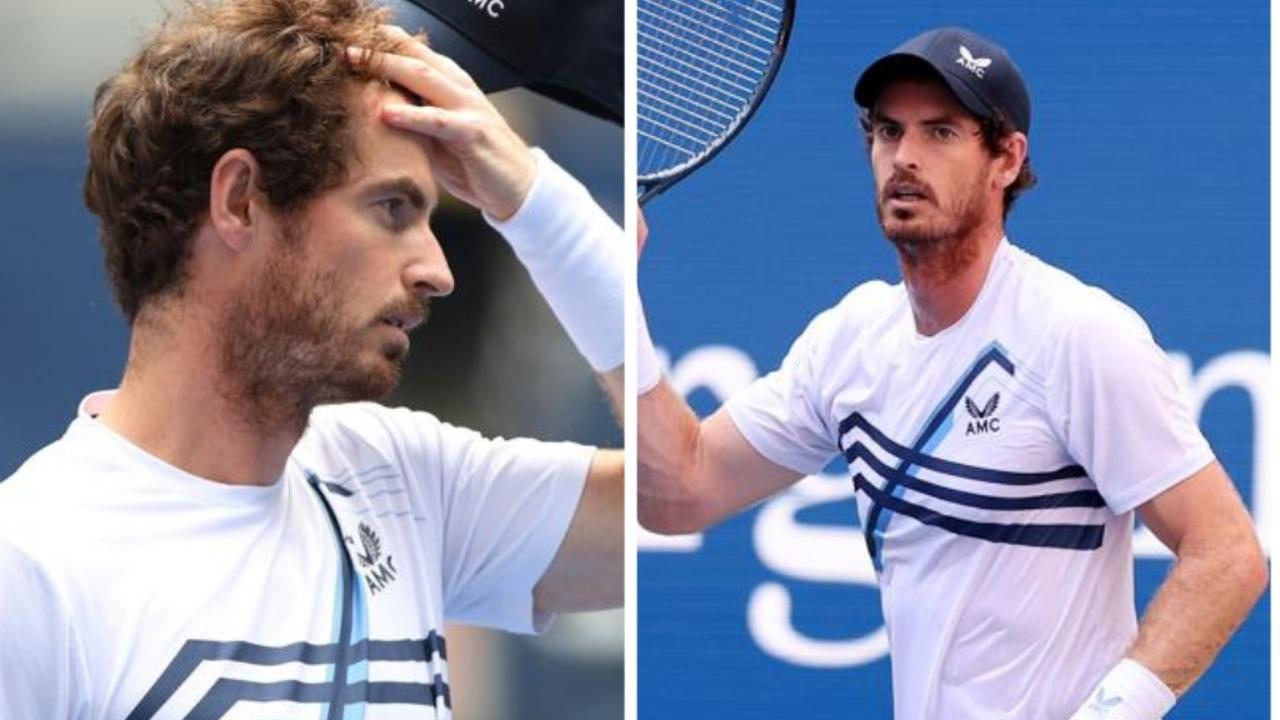 Tennis star Andy Murray is raising eyebrows at the US Open after an unfortunate ensemble fail that is getting fans all flustered.

Andy Murray’s tennis and clothing are both raising eyebrows at the US Open after he made a spectacular start to his first round match.

The injury-plagued former world No. 1 left commentators blown away when he took the first set against No. 3 seed Stefanos Tsitsipas.

Unfortunately for the Scottish player, it was his choice of clothing that overshadowed his fine form.

Murray’s all-white shorts and T-shirts were a victim of the New York heat and his own hustle around the court.

It didn’t take long for the moisture coming from his body to turn his clothes into a wet rag that became more see-through as the first set progressed.

Murray, 34, left little to the imagination as fans got a very thorough look at his finely-chiselled body.

It was Murray’s shorts — which were selected from Murray’s own Andy Murray Collection brand — that caused a scene on social media.

One fan on Twitter wrote: “Someone needs to get him a new kit, his shorts are now see through!”.

Another fan wrote: “Andy Murray’s shorts are getting more and more see through by the minute”.

Another fan wrote: “Andy Murray is wearing white underwear under white shorts… and leaving little to the imagination”.

Another Twitter user posted: “The most brutal thing about this match so far is your sweaty see-through shorts”.

Murray’s performance on the court was enough to distract some away from his ensemble.

Two-time Olympic champion Murray is 14-0 in prior US Open first-round matches and he is seeking his biggest win since downing then-world number two Novak Djokovic in the 2016 ATP Finals.

The Best Outdoor Blankets for Camping, Tailgating, and More