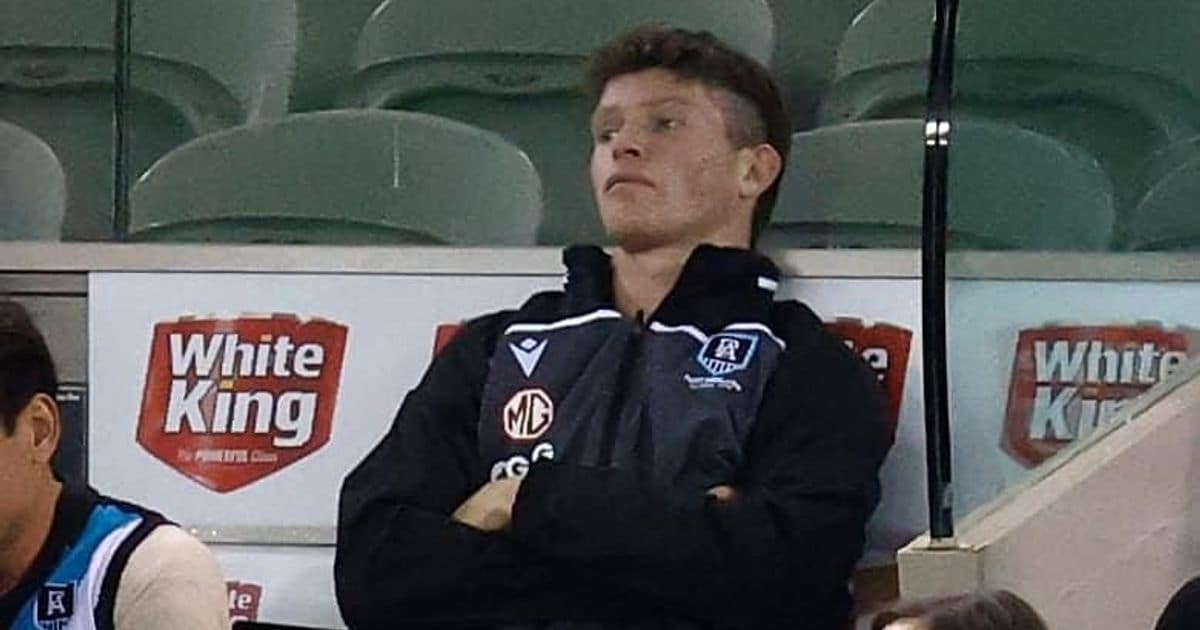 PORT Adelaide has been dealt a tough break on the eve of its preliminary final against the Western Bulldogs on Saturday night, with young forward Mitch Georgiades officially ruled out with a hamstring injury.

Georgiades was substituted out of the club’s round 23 victory over the Dogs with hamstring tightness, which kept him sidelined for the team’s impressive qualifying final win over Geelong a fortnight ago.

He pressed his case for a senior recall with one goal from nine disposals in limited minutes during a SANFL hitout last Saturday, but the club confirmed on Thursday that he had “not recovered sufficiently to be able to compete at AFL level” this weekend.

Orazio Fantasia was his replacement for the victory over the Cats, kicking four goals before he was also substituted out of the game in the final quarter with a minor knee injury. He is expected to be fit for this weekend’s contest.

Charlie Dixon, Todd Marshall and ruck-forward Peter Ladhams are likely to again act as the Power’s key-position pillars in attack in the absence of Georgiades, whose availability for a potential Grand Final recall is not yet known.

Georgiades has been one of Port Adelaide’s most consistent performers this season, kicking 32 goals from 21 games to finish third behind Luke Jackson and Tom Green in NAB AFL Rising Star voting.

Port Adelaide has a near full-strength squad to pick from ahead of its preliminary final showdown against the Bulldogs, with Hamish Hartlett (knee) and Lachie Jones (syndesmosis) also returning via the SANFL last weekend.

The ultimate hangover relief plan: What to eat and drink to feel better ASAP

11 processed foods that are actually good for you

How much exercise it takes to burn off Easter chocolate

13 foods that are surprisingly gluten-free