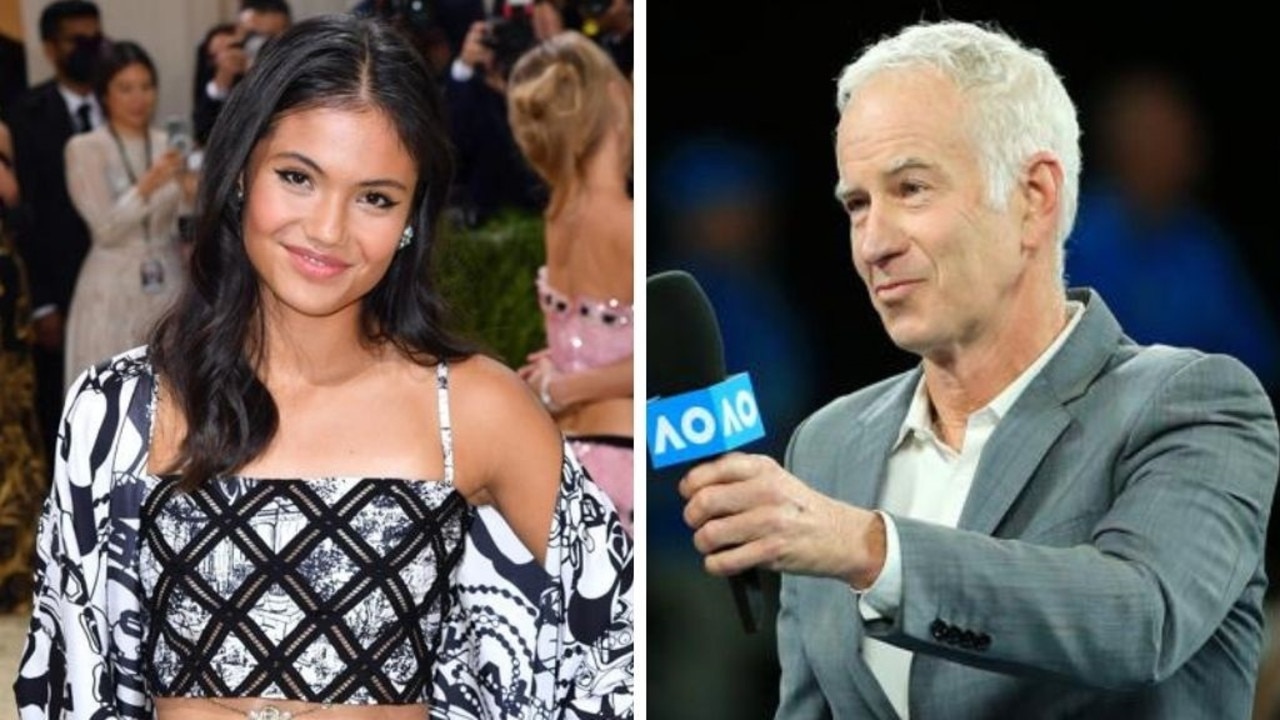 Tennis legend turned broadcaster John McEnroe hasn’t changed his tune about Emma Raducanu — even after the British teen won the US Open on the weekend.

“I meant exactly what I said,” McEnroe told CNN in an interview in reference to comments he made about Raducanu’s ability to handle the tennis spotlight.

McEnroe previously suggested — after Raducanu pulled out of Wimbledon in July, due to breathing issues — that the pressure of her grand slam debut “just got a little bit too much” for the rising star.

“I tried to relate it in a small way to my experience when I first went to Wimbledon also at 18,” McEnroe said about his 1977 four-set loss to Jimmy Connors in the semi-finals.

“(Raducanu) did better than I did. I played Jimmy Connors, I hadn’t been on the Centre Court and I remember my legs shaking, feeling totally overwhelmed by the experience and almost happy that I didn’t win.”

McEnroe took heat for his previous comments about Raducanu. At the time it was still unclear what exactly happened with Raducanu and her opponent, Aussie Ajla Tomljanovic, called McEnroe’s statements “definitely harsh”.

“Subsequently I went to Stanford for a year (after Wimbledon) and had some time to sort of regroup mentally and prepare for the rigours of the tour,” said McEnroe, who in 1978 led the Stanford team to a college championship and won the NCAA singles title.

“There’s a lot of great upsides, but there’s also pressure you put on yourself and expectations others put on you. I mean that was to me as vanilla as it comes … I was very supportive of her, I thought, at the time.

“You know the papers over in England. Sometimes they make a big deal out of, to me, nothing,

“I don’t think you could possibly do it any better than she did it (at the US Open). That’s insane she’s been able to do this. Of course, pressure comes with that, expectation comes with that. I’m sure she expects to win a lot more moving forward.”

In his previous comments, McEnroe said he hopes Raducanu can learn from her first Wimbledon experience.

“It appears it just got a little bit too much, as is understandable, particularly with what we’ve been talking about this over the last six weeks with (Naomi) Osaka not even here,” he said in July.

“How much can players handle? It makes you look at the guys that have been around and the girls for so long. How well they can handle it.”

With the win in New York, Raducanu climbed the tennis ranks from No. 336 in the world to 150. She is the toast of England and now one of the rising stars in the sport.

Days before she beat fellow teen sensation Leylah Fernandez, 6-4, 6-3, at the US Open, Raducanu was featured in British Vogue. Weeks before that, she had finished high school and attended prom like any other traditional teen.

Days after her major victory at Flushing Meadows in New York, Raducanu attended the Met Gala, dressed in Chanel — all before her 19th birthday in November.

‘One of a kind’: Breathtaking Ash Barty wins another title in wild hot streakBarty...

Bulldogs torched for ‘embarrassing’ callKyle Flanagan of the Bulldogs watches on from the bench.)

Why ‘feed a cold, starve a fever’ is actually terrible advice