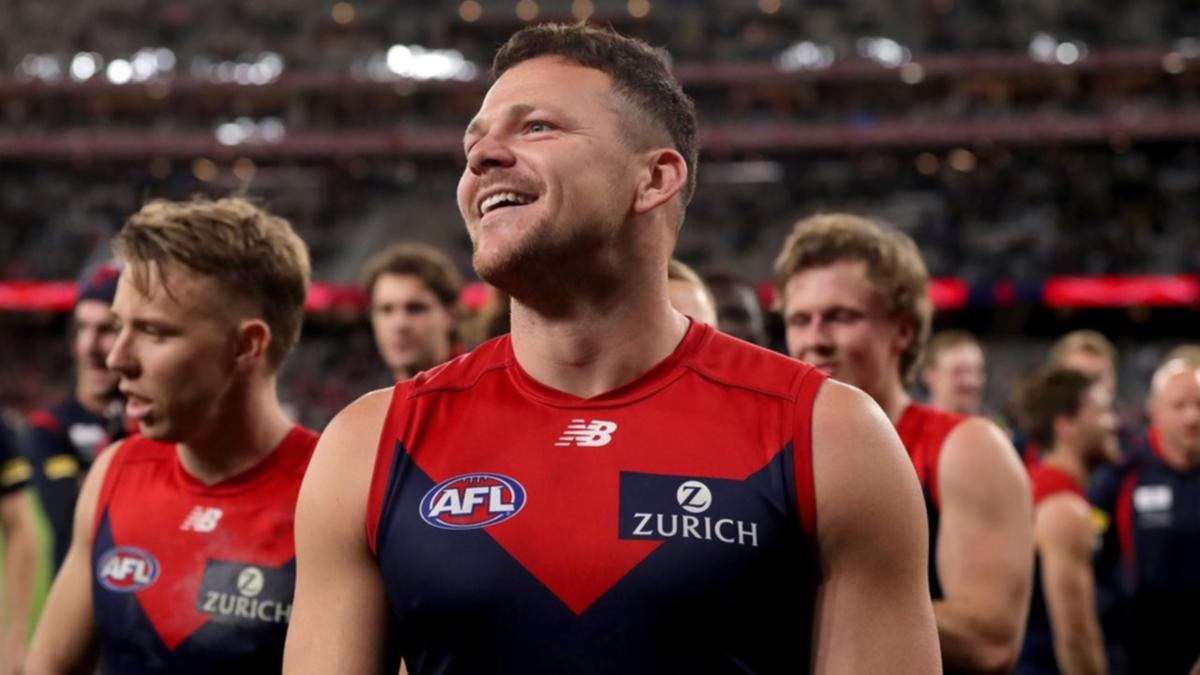 Melbourne coach Simon Goodwin is “really confident” star defender Steven May will be fit to play in the AFL grand final.

The All-Australian fullback is racing the clock to be available for the September 25 decider against the Western Bulldogs at Optus Stadium.

May went down with a hamstring injury in the Demons’ 83-point preliminary final smashing of Geelong.

He attempted to play out the game but was subbed out when Melbourne were assured of progressing through to the last game of the season.

The 29-year-old declared last week there was ” no chance” he was missing the grand final, confident the injury was minor.

May will take part in a training session on Saturday at the Demons’ Perth base.

“He’ll do part of the session,” Goodwin said.

“He’s slowly building his program up towards his full training come the back end of next week.

“He’s in really good shape and really positive about where that sits with him.

$1.2m star roasted over plot to oust V’landysCherry-Evans was roasted on NRL 360.

To grunt or not to grunt? What you can learn from the loudest tennis...

‘Unbelievable’ kick seals thrilling winToby McLean made his return from an ACL injury against...