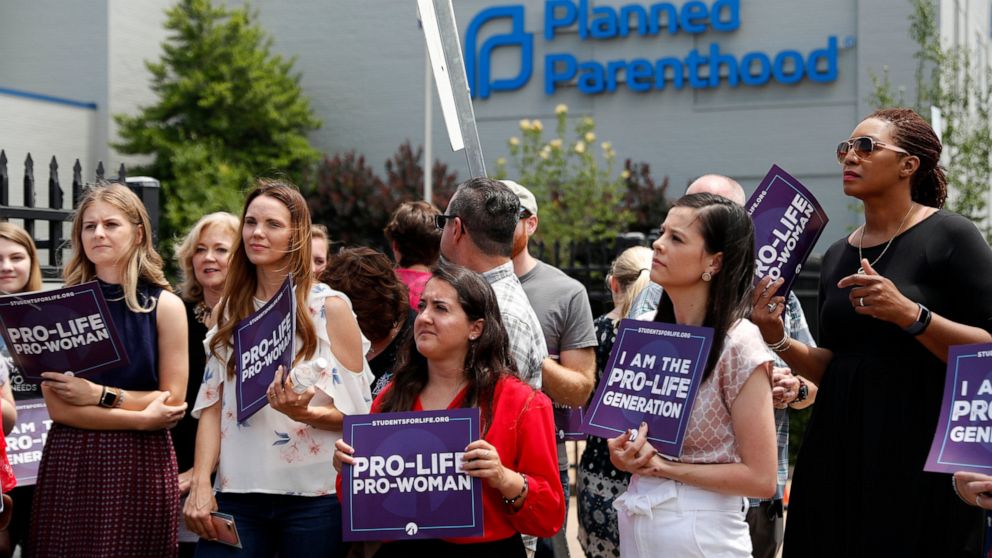 DALLAS — A San Antonio doctor who said he performed an abortion in defiance of a new Texas law has been sued by two people seeking to test the legality of the state’s near-total ban on the procedure.

Former attorneys in Arkansas and Illinois filed lawsuits Monday against Dr. Alan Braid, who in a weekend Washington Post opinion column became the first Texas abortion provider to publicly reveal he violated the law that took effect on Sept. 1.

Under the law, the restriction can only be enforced through private lawsuits.

Oscar Stilley, who described himself as a former lawyer who lost his law license after being convicted of tax fraud in 2010, said he is not opposed to abortion but sued to force a court review of Texas’ anti-abortion law, which he called an “end-run.”

“I don’t want doctors out there nervous and sitting there and quaking in their boots and saying, ‘I can’t do this because if this thing works out, then I’m going to be bankrupt,’” Stilley, of Cedarville, Arkansas, told The Associated Press.

THIS IS A BREAKING NEWS UPDATE. AP’s earlier story follows below.

DALLAS (AP) — A San Antonio doctor who said he performed an abortion in defiance of a new Texas law has all but dared supporters of the state’s near-total ban on the procedure to try making an early example of him by filing a lawsuit — the only way the restrictions can be enforced.

The state’s largest anti-abortion group said Monday that it’s looking into the matter after Dr. Alan Braid in a weekend Washington Post opinion column became the first Texas abortion provider to publicly reveal he violated the law that took effect on Sept. 1.

The law prohibits abortions once medical professionals can detect cardiac activity, which is usually around six weeks and before some women even know they are pregnant. Prosecutors cannot take criminal action against Braid, because the law explicitly forbids that. The only way the ban can be enforced is through lawsuits brought by private citizens, who are entitled to claim at least $10,000 in damages if successful.

Legal experts say Braid’s admission is likely to set up another test of whether the law can stand after the Supreme Court allowed it to take effect.

“Being sued puts him in a position … that he will be able to defend the action against him by saying the law is unconstitutional,” said Carol Sanger, a law professor at Columbia University in New York City.

Braid wrote that on Sept. 6, he provided an abortion to a woman who was still in her first trimester but beyond the state’s new limit.

“I fully understood that there could be legal consequences — but I wanted to make sure that Texas didn’t get away with its bid to prevent this blatantly unconstitutional law from being tested,” Braid wrote.

Two federal lawsuits are making their way through the courts over the law, known as Senate Bill 8. In one, filed by abortion providers and others, the Supreme Court declined to block the law from taking effect while the case makes its way through the legal system. It’s still proceeding in the 5th U.S. Circuit Court of Appeals. In the second case, the Justice Department is asking a federal judge to declare the law invalid, arguing it was enacted “in open defiance of the Constitution.”

The Center for Reproductive Rights, one of the plaintiffs in the first federal lawsuit, is representing Braid.

Nancy Northup, the center’s president and CEO, said they “stand ready to defend him against the vigilante lawsuits that S.B. 8 threatens to unleash against those providing or supporting access to constitutionally protected abortion care.”

Braid could not immediately be reached for comment Monday. His clinic referred interview inquiries to the center.

Texas Right to Life, the state’s largest anti-abortion group, has said it had attorneys ready to bring lawsuits, and launched a website to receive tips about suspected violations, though it is currently redirecting to the group’s homepage. A spokeswoman for the group has noted that the website is mostly symbolic because anyone can report a violation and because abortion providers appeared to be complying with the law.

The governor’s office did not immediately return a message seeking comment Monday.

Joanna Grossman, a law professor at Southern Methodist University in Dallas, said that if a lawsuit is filed against Braid and it reaches the Texas Supreme Court, that court could decide whether the Legislature exceeded its power by allowing anyone to sue.

“The Texas Supreme Court will have the opportunity/obligation to say whether this approach — which would not be limited to abortion — is an acceptable way for the Legislature to pursue its goals,” Grossman said.

Seth Chandler, a law professor at the University of Houston, said anyone suing would “have to persuade a Texas court that they have standing” despite not having personally suffered monetary or property damages.

Braid said in the Post column that he started his obstetrics and gynecology residency at a San Antonio hospital on July 1, 1972, when abortion was “effectively illegal in Texas.” That year, he saw three teens die from illegal abortions, he wrote.

In 1973, the U.S. Supreme Court issued its Roe v. Wade ruling, which established a nationwide right to abortion at any point before a fetus can survive outside the womb, generally around 24 weeks.

“I have daughters, granddaughters and nieces,” Braid wrote. “I believe abortion is an essential part of health care. I have spent the past 50 years treating and helping patients. I can’t just sit back and watch us return to 1972.”

CDC: Fully Vaccinated People Can Travel Domestically Without Getting Tested or Quarantining

Why 10 minutes of self-care can boost your sleep tonight