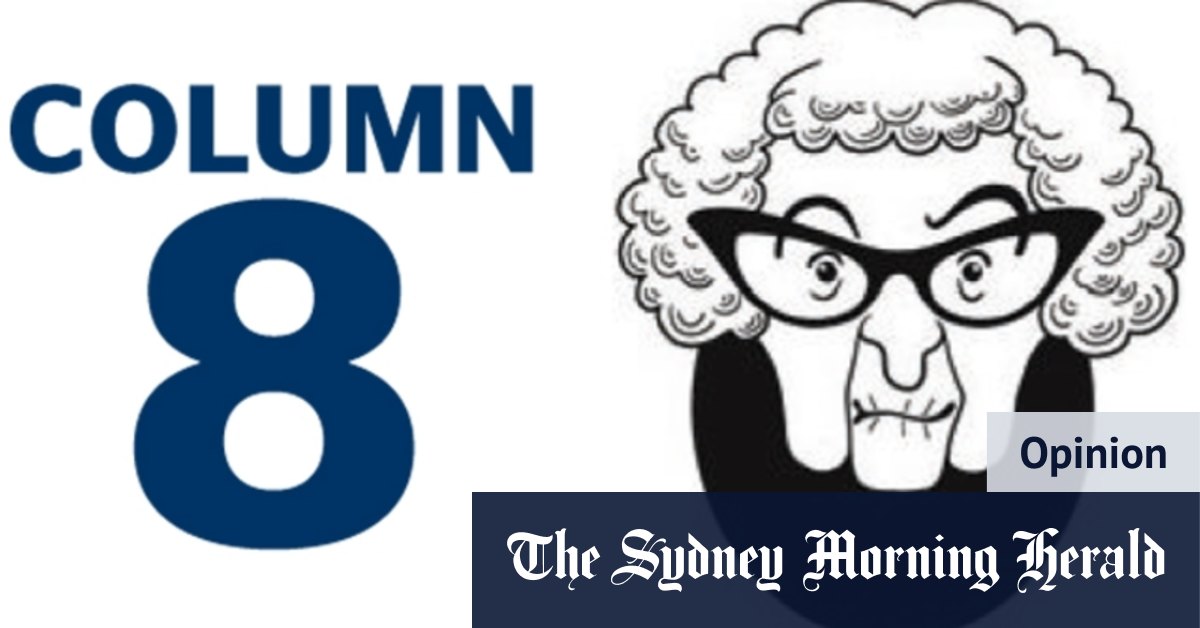 Looking for a post-lockdown workout? Marjie Williamson of Blaxland shares that her “brother, Tony, sent me a list of 25 strenuous activities that do not require physical exercise, which included ‘jumping to conclusions’ and ‘throwing your weight around’. I am sure, if I tried, I could easily manage 10,000 missteps daily with them.” Sounds like this was the preferred exercise of a few too many people during lockdown as well.

Observing the goings-on at ICAC, Clive Kessler of Randwick was uncannily reminded of an episode of The Idiot’s Weekly, Spike Milligan’s ABC Radio version of The Goon Show from when he was living in Australia in the late 1950s/early 1960s. “One episode began memorably with the sound of a gavel and the voice of a magistrate declaring that ‘the Wagga Wagga Court is now open for bribes’. In the end, the case of a stolen haul of cigarettes was solved. Evidence of what had happened to them was provided by the magistrate’s awful case of smoker’s cough.” Was Spike onto something way back then?

With compliance (C8) being the occupational buzzword du jour, David Gordon of Cranebrook suggests that “given the dodgy behaviour of many of our politicians, should all parliaments be labelled ‘Non Compliance’“, while Don Bain of Port Macquarie wonders if undertakers might become ‘Last-Ditch Compliance’?”

More clear and simple instructions (C8). Ted Richards of Batemans Bay recalls that in the good old black and white/darkroom photography days Kodak sold developer and fixer in tins with the mixing instructions printed on the outside of the tin. They began by saying, ‘Open the tin’.”

The news of the death of cricketing great Alan Davidson reminded Michael Egan of Killarney Heights that when he was Sports master of Wauchope Primary School in the 1970s, Alan Davidson had visited and had memorably suggested to the children “that we go to the cricket practice nets and ‘send a few down’. ‘Davo’ asked that three cricket stumps be set up, and with the kids surrounding the nets, he asked the kids which stump they would like him to hit. Of course, ‘middle stump’ was the unanimous response, so he took off his coat, rolled up his sleeves, rolled his left arm over and knocked the middle stump out of the ground, amid great applause! The delighted fans then nominated the ‘off’ and ‘leg’ stumps, and he proceeded to hit them in that order.”

EXPLAINER: How India is changing vaccine plan amid shortages

Season 1, Episode 2 of ‘Run Around the World’: A Docuseries About Chasing the...