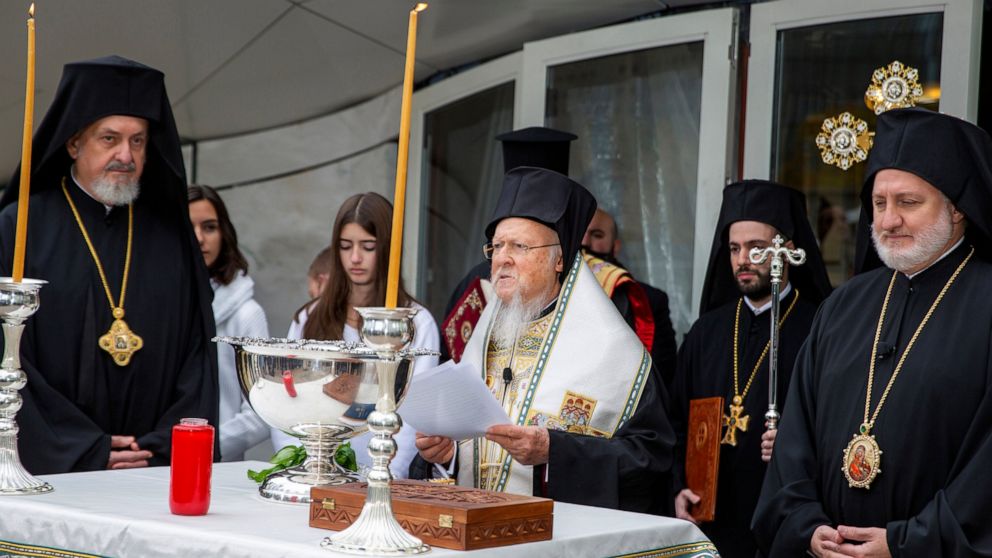 NEW YORK — The spiritual leader of Eastern Orthodox Christians was staying overnight in a New York City hospital after having a stent placement Wednesday afternoon at the conclusion of his U.S. visit, according to the Greek Orthodox Archdiocese of America.

Ecumenical Patriarch Bartholomew, 81, of Constantinople underwent the procedure at Mount Sinai Hospital following an angiogram that determined the need for the stent, according to the archdiocese. A stent is a tube placed in a clogged blood vessel to increase blood flow.

He was expected to be released Thursday, it said. Further details were not immediately released.

The hospital treatment delayed Bartholomew’s return home to Turkey, which had been scheduled for Wednesday at the conclusion of a busy 12-day U.S. itinerary.

The trip, his first to this country in several years, also began with an overnight hospital stay in Washington when he felt “unwell” a day after his arrival, church officials said.

He resumed his itinerary, meeting with President Joe Biden at the White House and receiving awards from Catholic and Jewish organizations.

On Tuesday, he spoke with a firm voice and did not appear fatigued as he stood for an hour-long ceremony at St. Nicholas Greek Orthodox Church and National Shrine near the World Trade Center in New York, which is replacing a church destroyed in the 9/11 attacks. He then attended an evening celebration of his 30th anniversary as patriarch, the longest tenure on record.

As patriarch of Constantinople, Bartholomew is considered first among equals among Eastern Orthodox patriarchs, which gives him prominence but not the power of a Catholic pope. He does oversee Greek Orthodox and some other jurisdictions, although large portions of the Eastern Orthodox world are self-governing under their own patriarchs.

Associated Press religion coverage receives support from the Lilly Endowment through The Conversation U.S. The AP is solely responsible for this content.

A rapid COVID-19 vaccine rollout backfired in some US states

The Latest: More U.S. first responders are dying of COVID-19