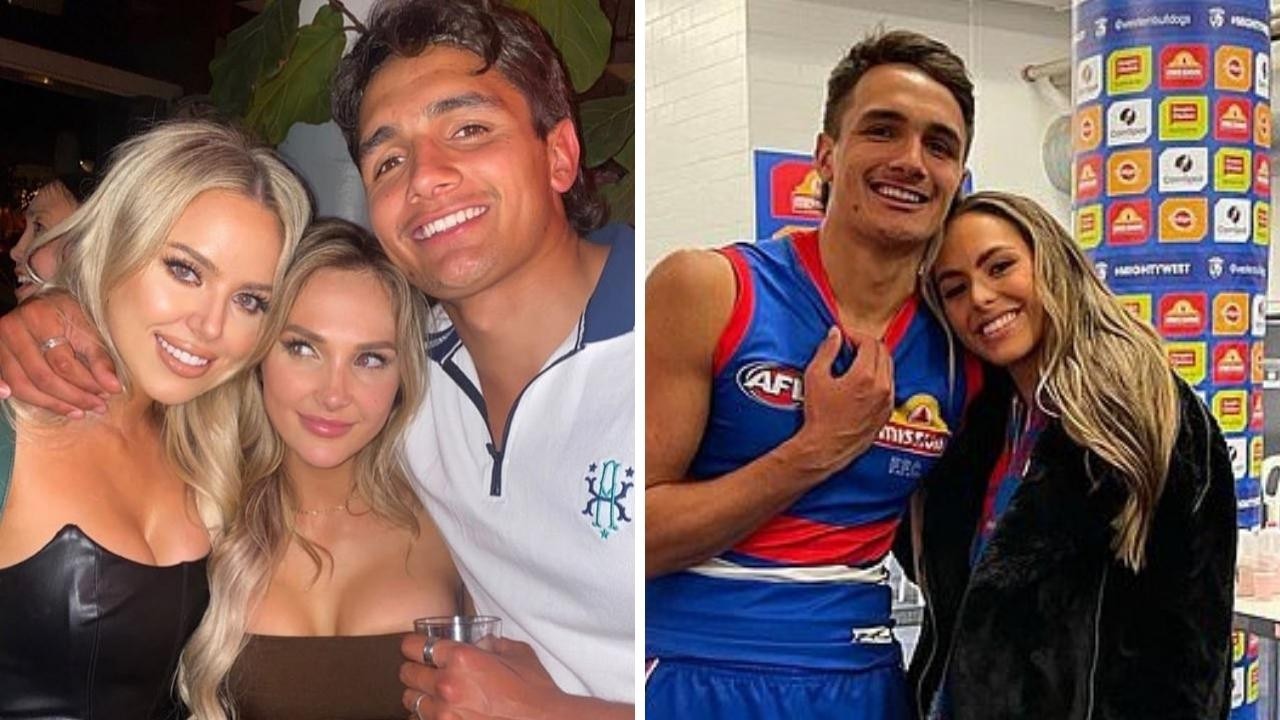 New photos have put AFL player Jamarra Ugle-Hagan’s romantic life back in the spotlight weeks after splitting from Mia Fevola.

Photos of the pair together on a night out on Saturday have put the footballer’s romantic live back in the spotlight just weeks after his split from Mia Fevola was confirmed last month.

The former No. 1 draft pick split from the stepdaughter of footy legend Brendan Fevola after he was wiped from the Instagram influencer profile.

Now he has been able to let his hair down since the end of the 2021 season — and the recent photos suggest he is enjoying his break before pre-season training commences in a few weeks.

Wynter posted photos of her alongside the 19-year-old and a group of friends, which included Bulldogs star Marcus Bontempelli and make up artist Kim Muhovics.

Wynter, 25, has launched her career on the back of an appearance on Love Island Australia and has since exploded to have more than 278,000 followers on Instagram.

Ugle-Hagan and Fevola earlier this year went public with their relationship in March, when a photo of the pair together was uploaded to social media and captioned with a love heart. Previously Mia had said the two were “merely friends”, but later their relationship went to the next level.

The Western Bulldogs recruited Ugle-Hagan as the No. 1 overall pick at the 2020 draft but he has struggled for game time this season, making just five appearances for the club as it surged towards the Grand Final — which it lost to Melbourne in Perth last weekend.

Mia, a businesswoman who founded streetwear label MALLT Collective, posted about how proud she was of Ugle-Hagan when he got the call up to make his AFL debut this season and in August she posted a sweet message to the footy player as he hit the road with the Bulldogs for the finals series.

‘Greatest ever’: Aussies put world on noticeAriarne Titmus with an incredible swim.

Why some people are ‘too hot’ to sleep with

UK’s former fattest man dies at 52Barry once starred in Sky One documentary Inside...