It will come as no surprise to hear that diets, restrictive diets in particular, are rarely effective long term. One reason for this is that strict eating plans that require you to measure portions and count calories are not easy to follow.

Surprisingly, one variable less frequently mentioned in discussions about why so many diets fail, is the ‘addictive’ aspect of certain foods. Specifically, ‘ultra-processed foods’ including chocolate, flavoured chips, ice-cream, cakes, biscuits, fried and fast foods with their mix of colours, flavours and preservatives appear to prime the brain to seek out more and more of these tasty treats, which makes sticking to a diet especially challenging.

Read more: The ultimate hangover survival guide: What to eat and drink to feel better ASAP

The idea that certain foods can be addictive is not without controversy. Unlike illicit substances — like alcohol and tobacco which are not necessary for survival — human beings need to eat and as such labelling food as ‘addictive’ is not without the need for clear disclaimers. Rather, it is only foods termed ‘ultra-processed’, or foods that bear little to no resemblance to whole natural foods that are associated with overeating.

In one study, participants were given diets that were matched in calories and macronutrients, but one diet included only ultra-processed foods (for example: a breakfast of a bagel with cream cheese and bacon) compared to the other diet that was wholefood based or a breakfast of oats, nuts, banana and milk. In just two weeks, participants in the ultra-processed group consumed an average of 500 more calories a day confirming the research hypothesis that more processed foods are associated with eating more and ultimately weight gain.

In an attempt to quantify the additive aspects of processed foods, researchers at the Icahn School of Medicine at Mount Sinai compared popular foods like pizza and cookies with the experience of eating them, using the Yale Food Addiction Scale. Based on participants responses, the individual foods were able to be rated from most addictive to least additive. No surprises to find that ultra-processed foods topped the list of foods rated as most additive.

The take home message is simple, if your goal is to control or lose weight, one of the easiest ways to make your dieting experience easier is to minimise your intake of ultra-processed foods.

The most addictive foods

Rich in processed carbs, fat and salt, the mix of flavour, processed starches used to make the base, and fatty toppings give the brain a stimulation overload. If you love pizza, help to control your intake by choosing thin, baked bases with minimal toppings.

We are not taking about 85% cocoa chocolate here, rather the sickly-sweet milk variety many of us cannot stop eating once we start eating a block. The addition of extra confectionery will make it worse. If chocolate is your vice, stick to small serving sizes — the plainest, darkest varieties are your best option.

Potato chips are another carb and fat overloaded snack packed with appealing flavours, which may explain why an entire bag disappears in no time. Again, purchase smaller packets if you must indulge and plain is much better than flavoured options.

Less popular in Australia, the mix of white flour, sugar and fat gives the brain a stimulation overload. Make your own with natural ingredients if you enjoy a cookie or biscuit every now and again.

With so many flavours to choose from, along with confectionery, syrups, nuts and chocolate often added, is it any wonder we cannot stop at a single scoop. Seek out lower calorie sorbets or gelato in a single scoop.

Mostly water, adding a cucumber a day to your diet will help reduce bloating and boost up your fibre and potassium intake for very few calories.

Another nutrient-rich salad vegetable that will boost your beta carotene and fibre intake with minimal calories.

Legumes are a protein and nutrient-rich option that can benefit all of us, not just the vegetarians — add to salads, mince dishes and soups to boost your nutrition.

Need a sweet hit? Look no further than a humble apple, which can serve as a perfect sugar hit mid-afternoon especially if enjoyed with a little cheese or nut spread.

While relatively high in carbs, for active people a small portion of carbs with your lunch or dinner may even help to prevent sugar cravings later in the evening.

Author Susie Burrell is a leading Australian dietitian and nutritionist, founder of Shape Me, co-host of The Nutrition Couch podcast and prominent media spokesperson, with regular appearances in both print and television media commenting on all areas of diet, weight loss and nutrition. 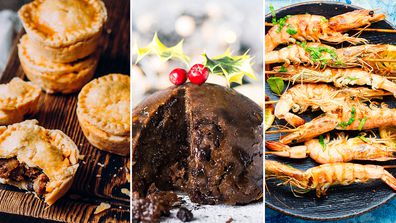 The lockdown fitness habits you should carry into 2022

Daniel Sturridge brutally honest about his match fitness – The Age

Bookie, 91, back and loving the ‘BoolWARRNAMBOOL, AUSTRALIA – MAY 04: Bookmaker Jack Veale...