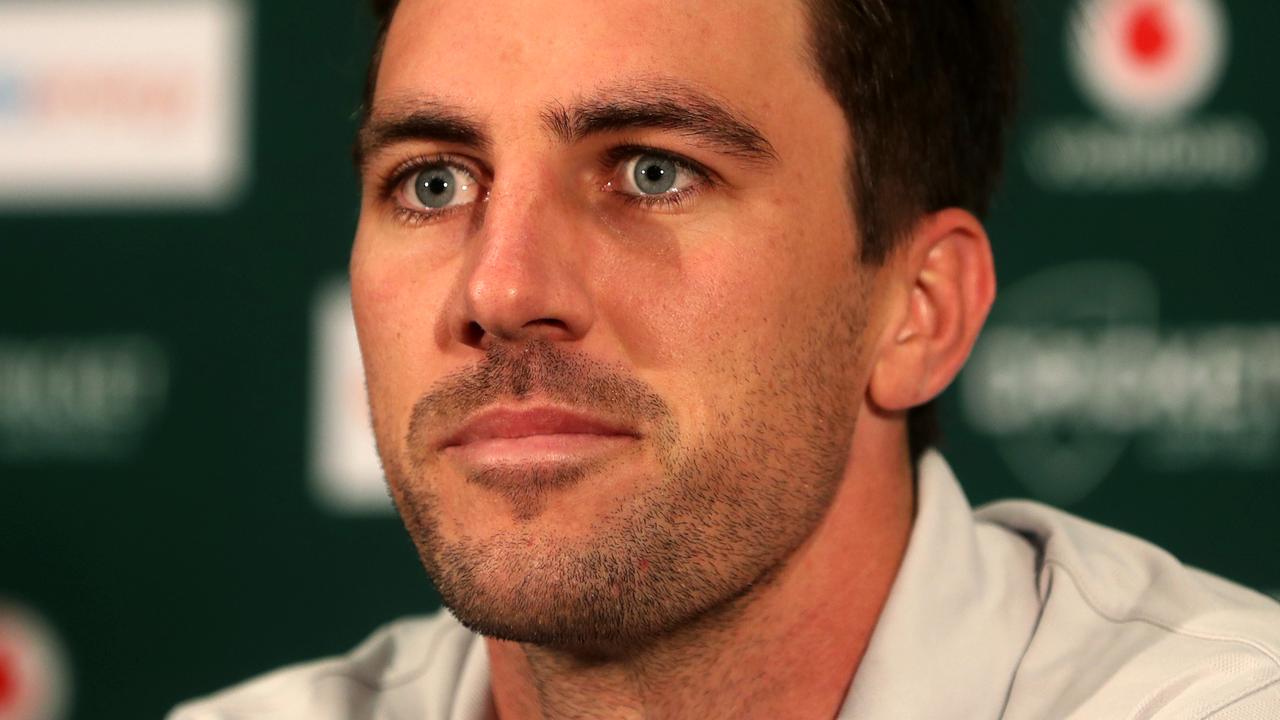 The SA Premier has suggested Cricket Australia withdrew Pat Cummins from the Adelaide Test before an investigation was complete.

On Thursday morning, CA announced that Cummins would not feature in the second Ashes Test in Adelaide after the bowler was deemed a close contact of a person who had tested positive for Covid-19.

SA Health requires fully-vaccinated close contacts to complete a seven-day quarantine, meaning the 28-year-old will be permitted to leave on December 23 if he continues to test negative.

But speaking to reporters on Friday morning, Mr Marshall suggested CA didn’t want to take any chances, withdrawing Cummins from the pink-ball Test before he had even been interviewed by South Australian health authorities.

“I think this was a decision that was made by Cricket Australia, let’s be very clear about it,” he said.

“They put their statement out before we had actually conducted the interview with Pat. So the issue is I think that Cricket Australia probably formed the opinion that they didn’t want to have a chance for the entire two teams to be deemed as close contacts and ruin the entire Test series.”

According to News Corp, some people close to the situation were surprised CA didn’t try to work with state government authorities to see if Cummins could play.

“I think the Premier’s reference is that normally they go through quite a detailed process of contact tracing,” Hockley told SEN on Friday.

“The work we did was engage SA Health immediately. And we needed to understand the situation (very quickly). We called an emergency meeting with our contacts at SA health and they confirmed Pat would be treated as a close contact, so it was very much a collective decision and we had that confirmation through from SA Health.”

Mr Marshall applauded CA’s decision to prioritise the safety of the Ashes tour but refused to confirm whether SA Health would have granted Cummins an exemption to play in the day-night Test.

“I’m just saying I don’t think it was in anybody’s interest to have a potential person who was infected playing Ashes because it could potentially throw the entire series out,” he said.

“That was a decision that was made before we’d even conducted the interview.”

Marshall also defended South Australian rules that allow interstate travellers to roam freely among the public before they receive the results of their mandatory Covid-19 test.

As first revealed by the Sydney Morning Herald, the person who had tested positive was a grade cricketer who arrived in Adelaide that morning to watch the pink-ball match.

“He was working completely to the protocols that our medical team has prescribed, which was consistent with the environment here in South Australia.”

Cricket journalist Peter Lalor revealed that Cummins was tossing up a handful of quarantine options after his Covid-19 scare.

“There might be some good news for Pat Cummins who’s exploring three different options to get himself out of that hotel quarantine situation,” Lalor told Channel 7.

“His first option is to drive to Melbourne and fly home. The other option is to get a beach house here, but he‘s really got his fingers crossed that he might be given permission to catch a private car to an airport and get a private jet home where he’ll be reunited with his wife and newborn baby.”

Speaking to reporters at stumps on day one, Australian opener David Warner said the players would need to make “smart” decisions while in public as the Covid-19 situation worsens across the country.

“The rules in Sydney and Melbourne are different, we can’t eat indoors there,” he said.

“But with borders opening and Covid hitting South Australia, it’s up to the medical staff.

“It’s just being smart isn’t it? Don’t go to where you think restaurants are jam-packed. Thankfully it’s a night game so we don’t have to worry about that now. It’s a tough one, just be smart.”

When asked if players would still be allowed to dine indoors after what’s transpired, Hockley said he would need to consult CA’s chief medical officers before a decision was made. However, he believed eating outside public venues would be “a great way to further mitigate the risk”.

Physical fitness at a young age linked to protection against severe COVID-19 – News-Medical.Net

Man locked up because of mistaken identity sues Hawaii