Mercifully, I’ll save you the time of scrolling through the whole article: the short answer is that both sunscreens are exactly the same, but the spray takes a lot more work to apply correctly compared to the lotion.

The long answer — of course — is a lot more complicated than that and revolves mostly around just how terrible humans are at putting sunscreen on in the first place (no matter whether it came out of a can or a tube).

According to Cancer Council CEO Professor Sanchia Aranda, if you’re concerned about the differences in the actual sunscreen product inside the two varieties, there’s no need to be alarmed.

READ MORE: Duke and Duchess of Cambridge will not be seeing the Queen on Christmas

“If you’re talking about the actual sunscreen product inside the can or the tube, there’s no difference at all — the sunscreen sold here in Australia is rigorously tested and monitored by the TGA,” Aranda tells Coach.

“Essentially, if you follow the four fundamentals of sunscreen application, it doesn’t matter which variety you use.”

What are those four fundamentals you ask? Let us explain:

Fundamental one: Realise you’re not bulletproof

It’s common for many people to take some kind of safety precaution, and then assume they are more or less invincible.

“What most people need to realise is that sunscreen is not a suit of armour — you still need to throw on a shirt and a hat, and minimise excessive time in the sun,” says Aranda.

Fundamental two: Timing is everything

Many of us are guilty of waiting till we’re at the beach, on the sand, to apply sunscreen — but unfortunately, by doing so we’re potentially lowering our rate of skin protection.

“The second fundamental is to make sure you apply sunscreen 15 to 20 minutes before you leave the house,” explains Aranda.

“The reason for this is quite interesting — many chemical sunscreens are made using a water emulsion, and the water has to evaporate off to leave the chemical protective film on your skin.

“If you apply sunscreen and then immediately jump into the pool, you won’t have the same level of protection compared to if you had waited.”

Fundamental three: Are you putting on enough?

Here’s where differences between the varieties begin to appear — while sunscreen in a can is ultra-easy to apply, most people probably don’t even realise just how much they need to slather on to receive adequate protection.

“The third fundamental is to make sure that you’re applying enough sunscreen,” says Aranda.

“The average sized person should be applying 35ml of sunscreen — that’s 5ml for each limb and part of your body — and many people simply don’t put this amount on.

“Quite often you’ll see a whole family down at the beach sharing a 100ml tube of sunscreen, where in reality that’s not even enough for even three proper applications.”

To put things in perspective, 35ml of sunscreen would just about fill up a large shot glass — now imagine doing that with an aerosol can.

“Sunscreens in a spray can are lovely and convenient, but to reach a required 35ml application you do have to do a lot of spraying — the cans are more prone to user error,” explains Aranda.

“It’s quite common to see people using spray-on sunscreen like mosquito repellent, but we recommend spraying it into your hand and rubbing it on.”

My personal flaw with sunscreen is remembering to re-apply often enough — the old thinking of a liberal “heavy coat” in the morning is simply not enough to keep you from frying under a hot Aussie sun all day.

“The fourth fundamental is to apply sunscreen frequently,” says Aranda.

“Here in Australia most sunscreen labels say it lasts for up to four hours — but we recommend re-applying every two hours, especially if you’re doing any kind of swimming or activity where it may rub off.”

So there you have it — it doesn’t matter what variety of sunscreen you use, as long you damn well use it.

Of course, there are price differences (you can get a litre of the tube variety for under $10, compared to 175 grams in a can for almost double the price) but it all comes down to whatever sunscreen you will use correctly, as often as possible.

For some, that requires a quick hit from an aerosol can — while for most it’s a better economic decision to stock up on cheap, scientifically-tested tube sunscreen.

RELATED: Why homemade sunscreen is a bad idea 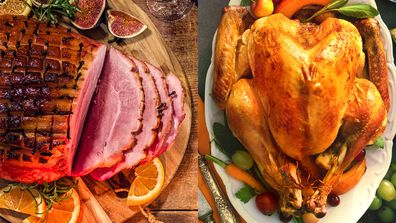 The lockdown fitness habits you should carry into 2022

Fans stunned by ‘all-time bad review’Doesn’t get any more plumb than that.